Making wind energy tangible for the next generation

"This is wind. Wind has the power to move things." The explanatory book "WIND ENERGY for kids" by Thomas Simons begins with a simple sentence. And we can use this power to make light bulbs glow. What is obvious for adults, the book author explains for children from the age of 4 in simple words and using examples from their world of experience. In his book, he starts with pictures of gusts of wind blowing away leaves and driving a garden windmill, as children know it from their everyday lives. Then he turns to how the power of the wind can be used to generate electricity through wind turbines and generators. The book WIND ENRGY for kids illustrates all this in a very clear and comprehensible way.

Dad, what are you actually doing at work?

Thomas Simons is not a classic children's book author. He has a degree in natural sciences and actually works in the field of project promotion for offshore wind energy. But because his daughter, aged four, kept asking him questions about his work and wind energy, he became skilled at explaining the subject in a child-friendly way early on. When two of his colleagues finally had children, he had the idea of collecting his stories about wind energy, which had previously only been formulated for his daughter, in a book. "WIND ENERGY for kids" was born. 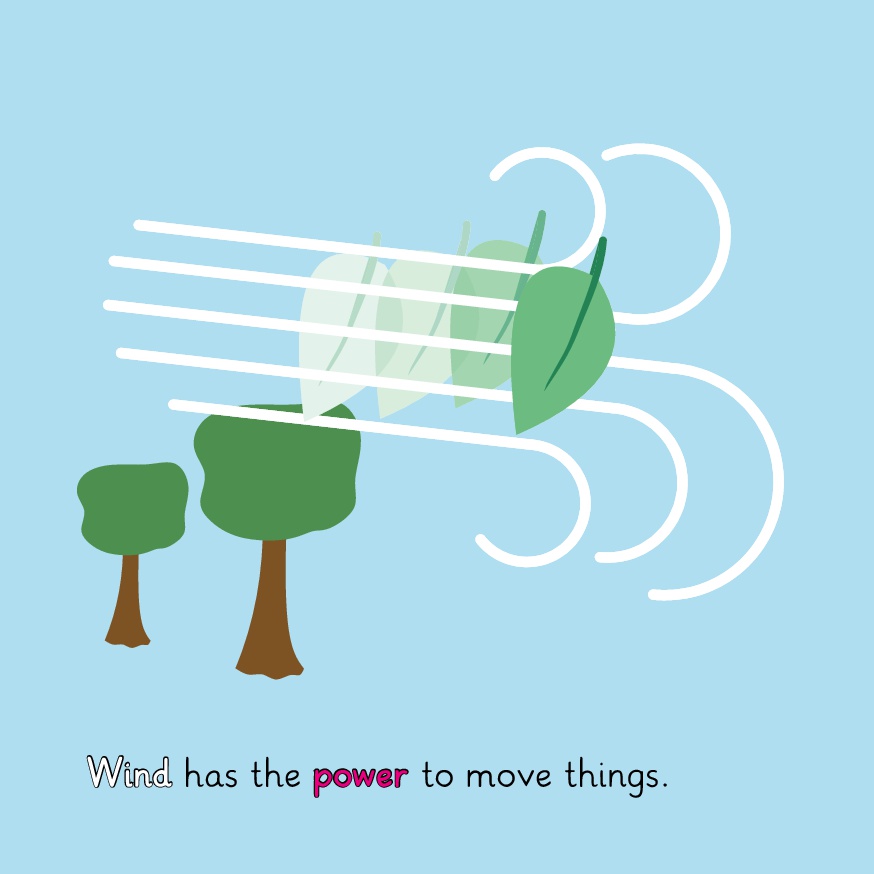 Not a classic children's book

Initially, the book was intended only for him and his colleagues, to make it easier for them to explain to their children how wind energy works. But Simons wanted this topic to reach even more children - and ran into unexpected hurdles. He wrote to more than 40 publishers before finding “Spica Verlag”, a small publisher willing to publish the book. "I think my book doesn't fit into the classic children's book segment for many publishers - after all, there is no likeable main character. For such young readers, my book is relatively unique on the market," the author says in response.

Together with the publisher, Simons developed the finished book from the original manuscript. Texts and graphics were designed entirely by him. "When it came to layout, the professionals from the publishing house then put the finishing touches on the book."

Simons: Children can draw their own conclusions early on

As a natural scientist, it was important to Simons to present the topic as value- and morality-free as possible and in a more factual and analytical way. "Children are good at drawing their own conclusions early on, you just have to trust them to do so," he says. For him, it's not about contrasting fossil fuels with wind energy as evil personified, but explaining how wind energy works and what it can do. And also to say that wind turbines bring their own unique challenges, such as nature conservation ("Sometimes wind turbines are switched off, so they do not endanger bats and birds.") and air traffic safety ("... it has red flashing light, so that no planes fly into the wind turbine."). 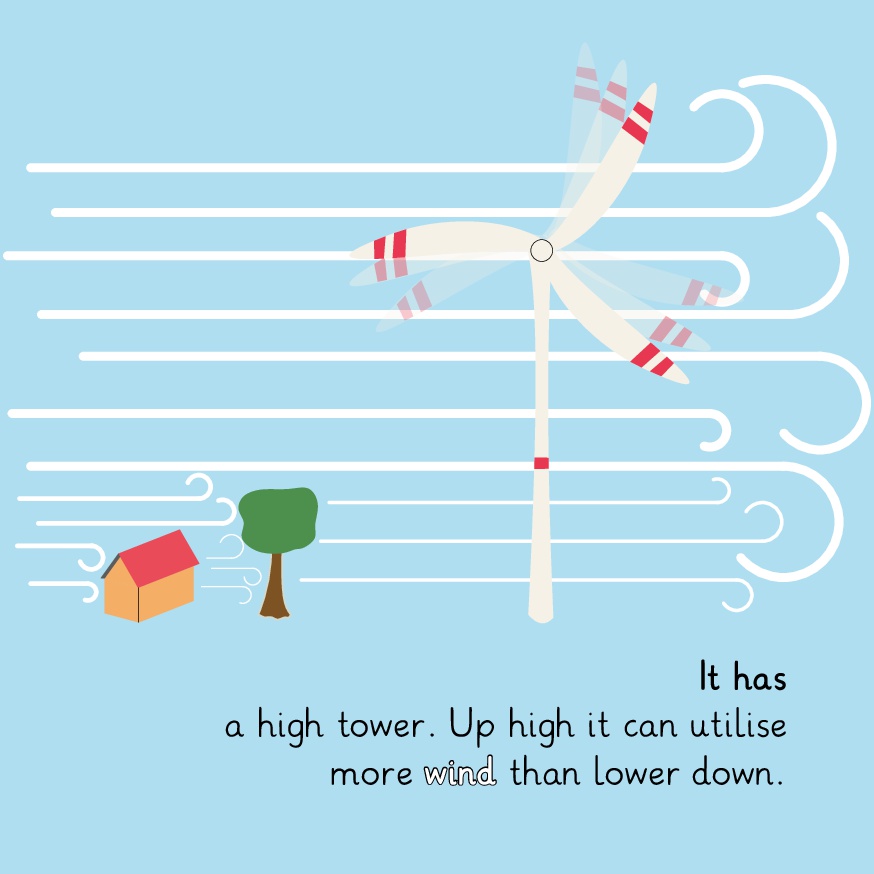 The longest rotor blade is as long as a soccer field

The first half of the book describes Simons's characteristics of wind energy, such as how rotor blades work, why wind turbines have tall towers, and that there are also offshore wind turbines. In the second half of his book, he explains the ratios of turbines with units of measurement that children can easily understand: The world's longest rotor blade is about the length of a soccer field, a nacelle with generator weighs more than 16 elephants, and an offshore wind turbine produces about as much electricity in one day as 19 households use in a year. In addition, maps in the book show wind turbines per country in different sizes, where how many wind turbines are located on land and at sea. With these easy-to-grasp quantities, the book manages to make wind energy concisely tangible - and not just for children. "Especially with the comparisons, many adults are also surprised. Many have no idea of the size of modern wind turbines or even the number of turbines," Simons says of this section. 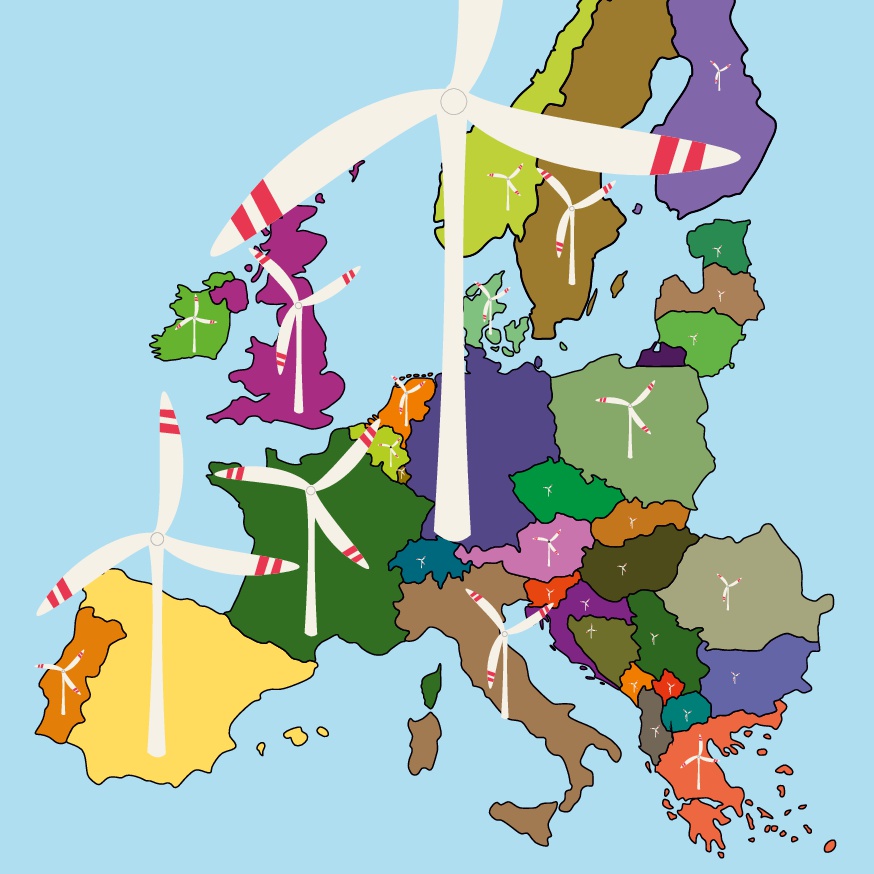 From the children's room to the world

First came the English edition in January 2022, followed by the Polish edition the following March and the Dutch edition of his book in June 2022. "I am particularly pleased about the partner for the Dutch version. We developed this together with the great project 'Offshore Wind for kids'," explains Simons. Further translations are currently planned, including into Chinese. "We are always looking for cooperation partners who are interested in special editions of existing languages or even new languages." Several thousand copies in various languages have already been sold in this way. 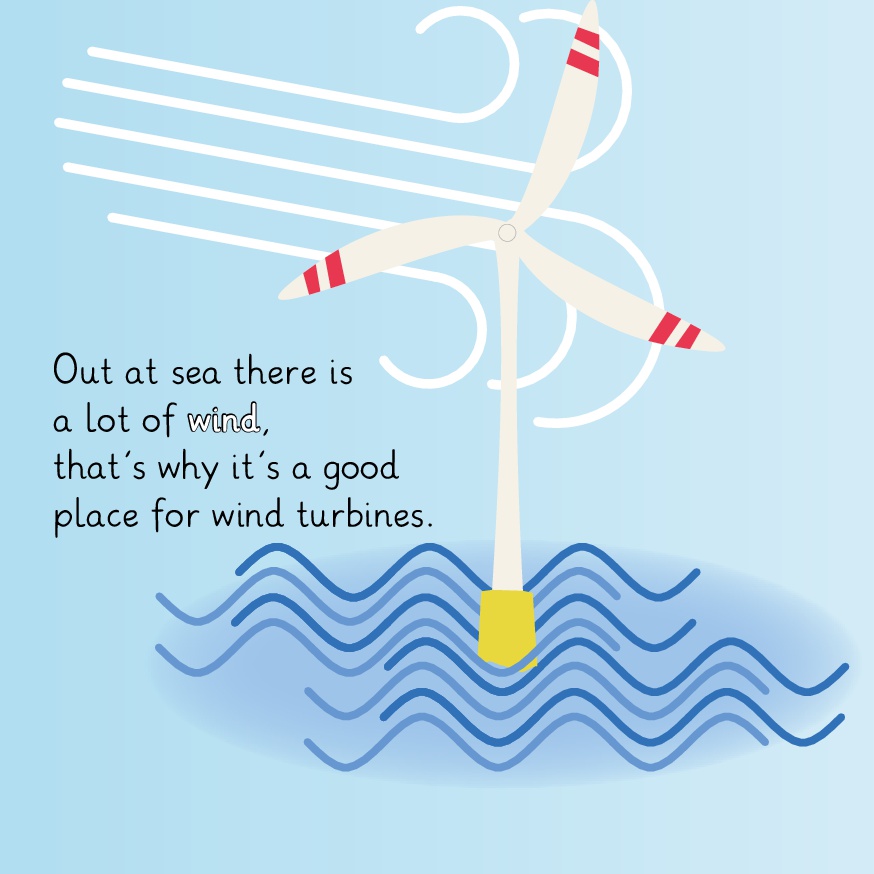 With his book, the author succeeds in explaining complex facts about wind energy to children in a simple and tangible way. Now that wind energy is once again taking center stage in Germany, Europe and around the world, and we will hopefully see more wind turbines in the future, it is important that the next generation also knows early on what is actually happening there on a large and small scale. "This is wind. Wind has the power to move things." This simple sentence, which begins Thomas Simons's book, explains to children that wind has a power that we can harness. And for an adult reader, it expresses the possibilities we can draw from it for the future.