Around 30 years ago, the cornerstone for an incredible story was laid close to the small Danish town of Vindeby. Driven by a pioneering spirit, clever engineers proved what no one would have thought possible: the first offshore wind turbines were installed at the world’s first offshore wind power project, taking its name from the nearby town. Each turbine at the Vindeby project had an output of 450 kW and a rotor diameter of 35 m.

Since then, the offshore wind industry has developed rapidly. Experts who have repeatedly predicted a limit to power growth have been proven wrong by continuous innovations. With a total height of 271.4 m, the prototype of the SG 14-222 DD in Oesterild is listed as Denmark's tallest building on Danish Wikipedia. With up to 15 MW of power being able to be produced, the turbine provides enough clean energy to power a household for three days with a single rotation of the rotor. 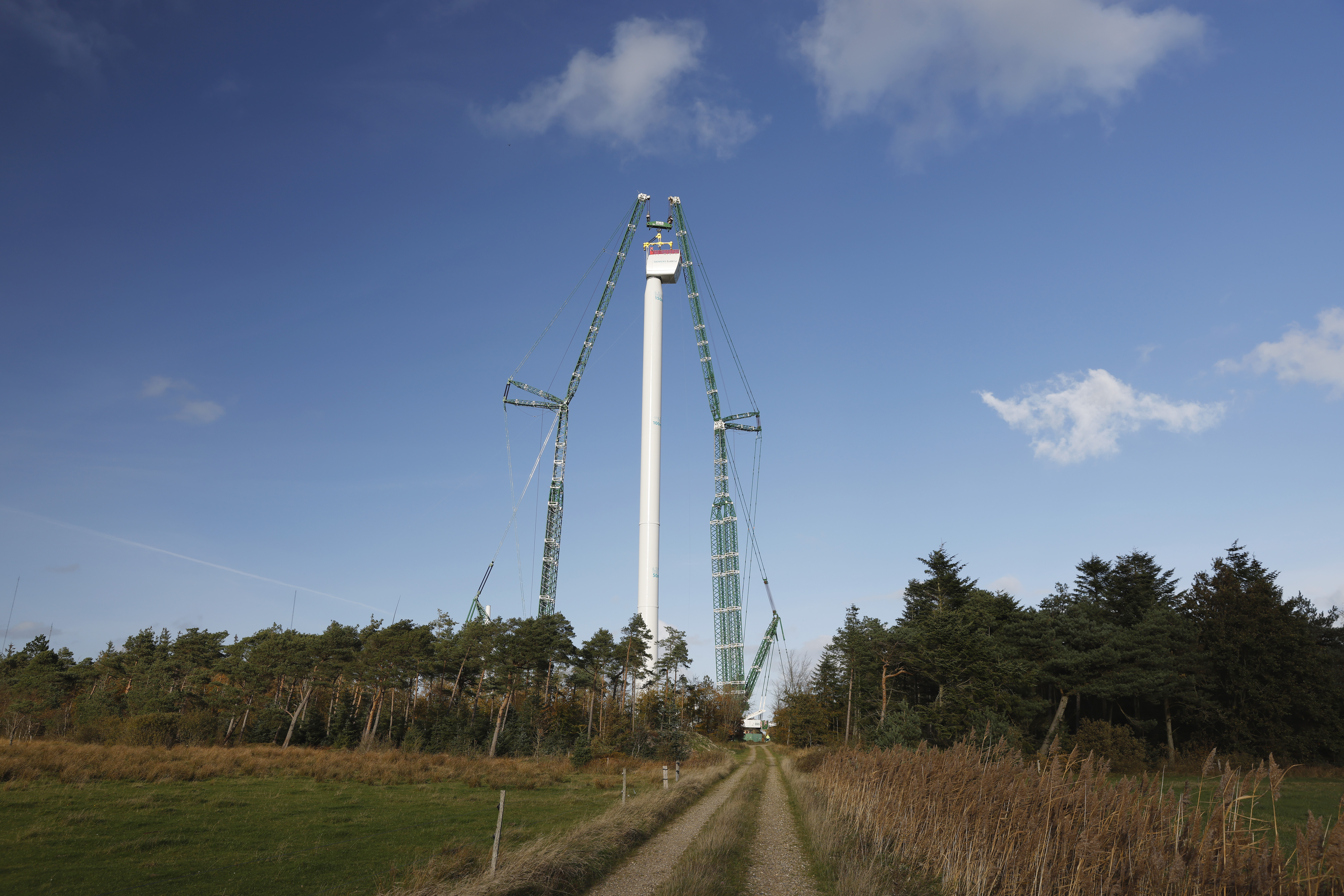 Installation of the prototype of the SG 14-222 DD at the test centre in Oesterild in 2021. Serial production will start in 2024. © Siemens Gamesa

But size isn't everything. The offshore wind industry has proven that it cannot only withstand salt water, waves, and storms, but is also superior to fossil fuel power generation from an economic perspective. In 2012, the industry's goal was to bring the cost of offshore wind below €100/MWh by 2020. Just four years later, expectations were revised further downward to €80/MWh by 2025. Today, clean energy from the sea already costs less, and the world's first subsidy-free offshore wind power plant is under construction in the Netherlands. With 1,540 MW of capacity, Hollandse Kust Zuid will also be the largest wind park when it comes online.

In addition to performance and favorable costs, the reliability of offshore wind energy is another success factor that not only convinces insurance companies and banks to finance the technology, but offshore wind energy is also the means of choice for more and more countries that want and need to reduce their emissions to stop the climate crisis. On the North Sea, the wind blows strongly enough around 335 days a year and gearless direct drive turbines produce energy with an availability of more than 97 percent. This means that they can now be regarded as base-load power plants.

"Offshore wind will not only provide clean electricity, but also be the basis for a climate-neutral industry with green hydrogen."

The further development of the turbines is accompanied by innovations in service and manufacturing. Service Operation Vessels serve as a floating workshop and hotel for offshore technicians. Instead of shuttling between the base port and the wind park on smaller vessels, several turbines can be accessed and serviced each day. Thanks to countless sensors and sophisticated algorithms, maintenance needs can be predicted, with service being conducted preventively before a defect shuts down the turbine. Digital technologies also help save costs and time in production.

From the mid-2020s onward, we will see doubledigit growth rates in installed capacity every year. We want to make this boom as sustainable as possible. By 2040, it is our goal to completely recycle turbines. The first recyclable rotor blades will already celebrate their world premiere in Germany this year at the Kaskasi offshore wind power plant. 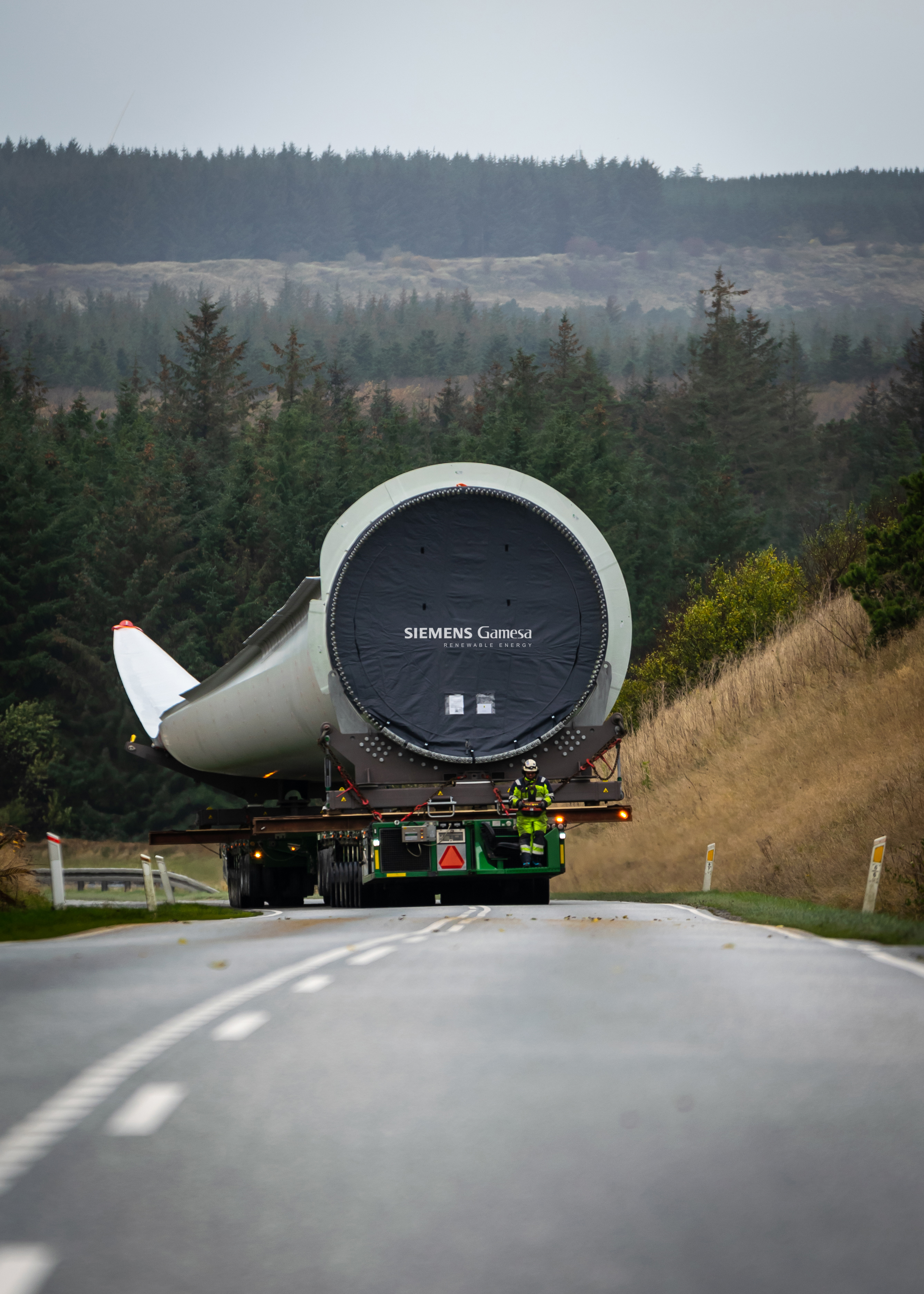 The 108 m long blades of the SG 14-222DD prototype make up for a swept area that equals the size of 5.5 soccer fields. © Siemens Gamesa

Decarbonize the economy with floating and green hydrogen

Other innovations are on the cusp of further exploiting the huge potential of offshore wind energy. With four-fifths of the best wind resources in locations where the water is deeper than 60 meters, floating wind turbines will become increasingly common in the coming years. In the future, we will not only use the energy of the wind to produce electricity, but also to produce green hydrogen directly at sea and transport it to land via a pipeline. In this way, offshore wind energy can provide the element needed for decarbonizing steel production, aviation, or shipping.

Pioneering spirit and ingenuity in the wind industry are far from exhausted even after 30 years. Today, they are driving a new industrial revolution towards a climate-neutral economy.