The wind has finally changed and the German wind industry is back on its feet. After the record expansion in 2017 with over 5 Gigawatt (GW), expansion rates slumped dramatically due to political mismanagement. In 2021 a new social-green- liberal coalition came into office, who is determined to “dare more progress”, as the headline of the coalition agreement states. And in 2022, the green Minister for economy and climate protection Robert Habeck came clean with his plans for a green energy transition: Starting in 2023 with 12,84 GW. Germany will award 10 GW of wind energy each year in the tender rounds up until 2030.

The so-called “Easter package” will be followed by the “summer package”, in which the allocation of wind areas, planning procedures and nature conservation will be addressed and facilitated. This corresponds with the EU’s climate and green energy ambitions, which have strongly increased since Russia’s invasion of Ukraine and the desire to become independent of Russian gas, oil, and coal imports. 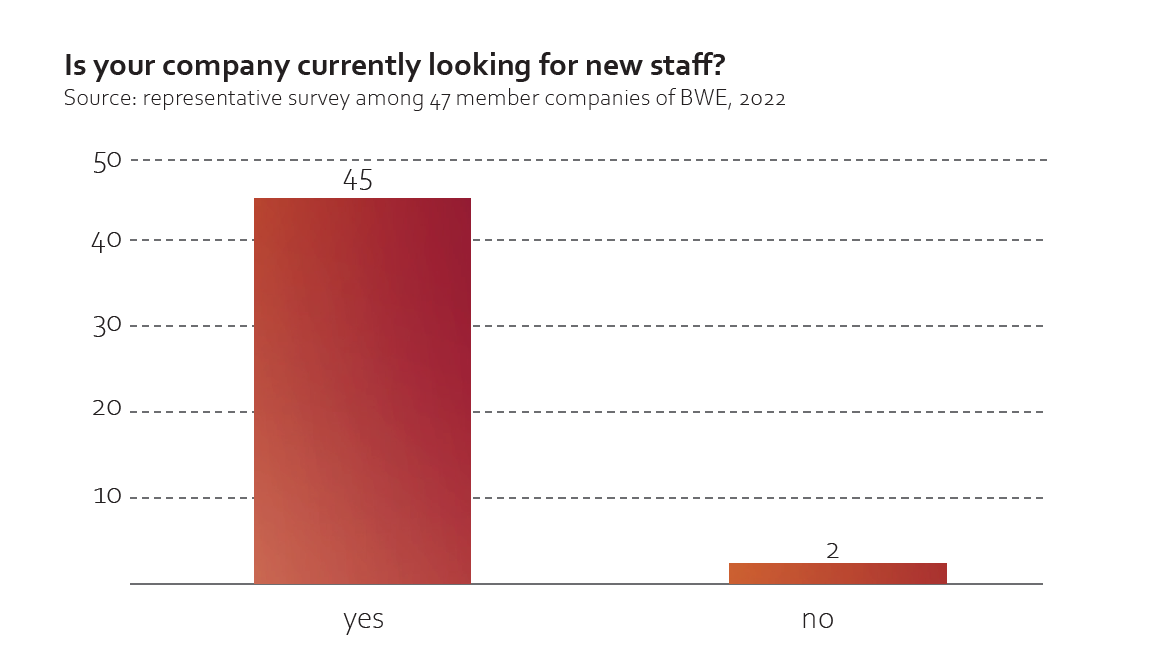 400.000 additional jobs could be created in Germany

Germany is on the way to become Europe’s front-runner in the expansion of green energy, but we won’t be able to accomplish it without skilled workforce. That is why the German Wind Energy Association (BWE) in cooperation with its members has launched a job initiative in the beginning of 2022. German wind energy companies are hiring, and, in many fields, they are already struggling to find qualified workers. And it is going to become even more serious: A recent analysis of Allianz investment estimates, that the “Easter package” has the potential to create more than 400.000 additional jobs in the renewable energy sector in Germany up until 2032.

The BWE job initiative: Inform about the situation and find solutions.

The job initiative therefore has two goals: First one is to inform the public about the situation in the wind energy sector and to inspire young people, students, professionals, and career changers to pursue a professional career in the field. It is important for us to highlight, that the industry is inclusive and multifaceted: planning wind energy projects from in- and outside the office is as important, as finance, software developing, service staff, workers in production, technicians, and industrial climbers. 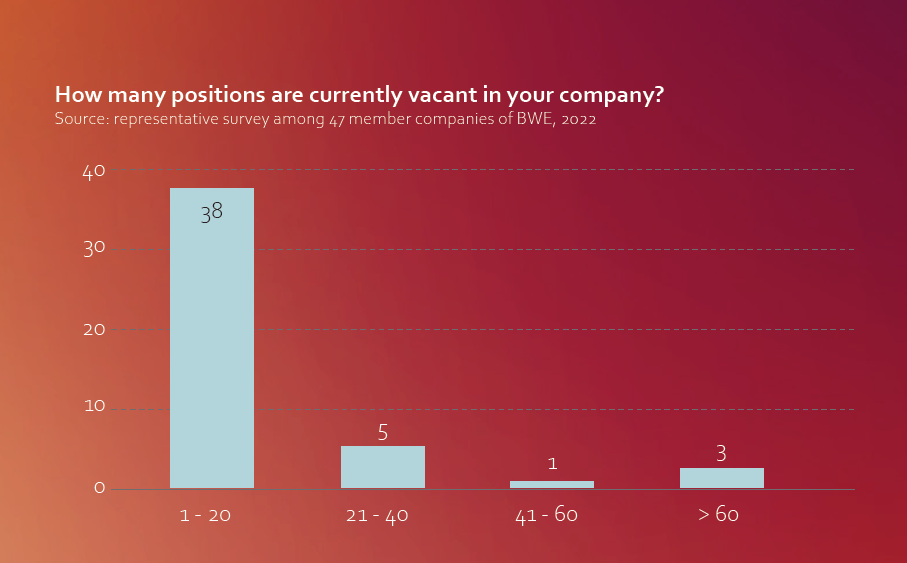 The second goal is to gain more information on what the companies need specifically and to articulate those needs towards politicians and public representatives, to attract more support and fundings for campaigns and educational programmes. What seems clear already is that the current and future demand of skilled workers cannot be satisfied by the German labour market alone. Most German wind companies already work internationally and are constructing projects across Europe, Africa, the middle East, and Latin America.

The ambitions of the new government and the EU’s ambition to replace Russian fossil fuels with renewables create an enormous potential for investments, added value and new jobs. Therefore, we need skilled workforce from abroad. And as Europe’s biggest economy with one of the oldest welfare states, most companies can offer financial security and additional incentives that many qualified internationals are looking for. 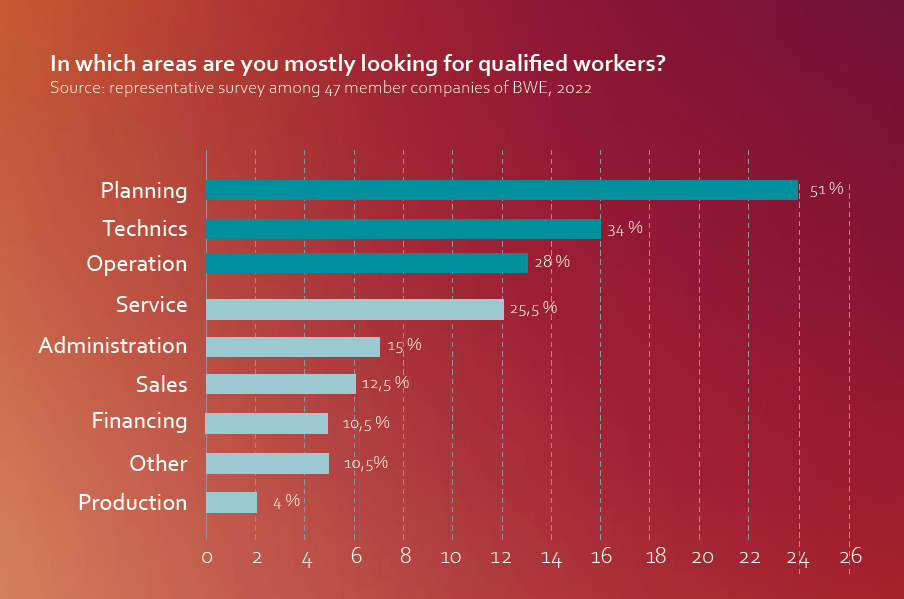